Ilmberger Carbonparts at the BMW Motorrad days at Garmisch Partenkirchen

The BMW motorbike days 2016 at Garmisch were again a great event and a big success! More than 35000 visitors came around. Only the continuous rain an saturday prevented a new attendace record, anyhow with a great mood!  It was nice to have many great conversations with our customers and colleagues again.
15.08.2016 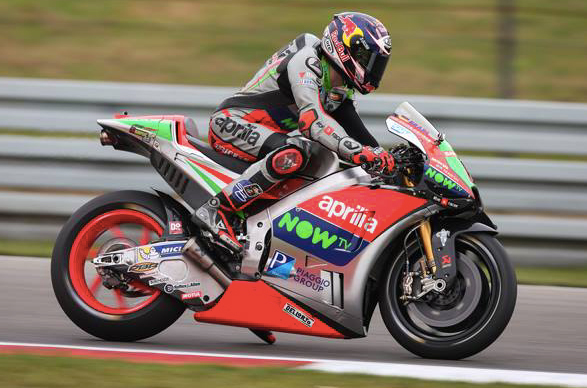 A Grand Prix to forget for Stefan Bradl, the race went pretty wrong everything could go wrong.
Not only that Stefan had to pull out of 21 place, so he fabricated a false start, which no one was.
Stefan twitched briefly, because the row has also shrugged before him, but slowed again from before the red light of the starting lights went out. Nevertheless grumbled Bradl on a ride-trough-penalty.
As this would by itself not enough punishment had Stefan twice drive the pit lane because his dashboard went crazy.
In the second or third lap a yellow light flickered, then went a red light to which the "Alarm" means. In
addition, the bottom line was in Dasboard where normally the sector and lap times are displayed completely black. Thus Stefan thought it would be a big engine problem coming. insecure young Stefan decided to ride
to the box, it is not particularly inspire confidence with 300km / h the mountain to go up and then to have a major engine failures. In the box, the crew checked everything sent Bradl but back on track.

But for the penalty he had to go again through the pit lane, because according to the rules does not count to the ride-through penalty to sit on a technically conditional stop. Probably underwent the Race Direction an error of a false alarm the dashboard transmitted in the bustle of the race rather than the right
information at the drive-through penalty.

Ultimately Bradl went with his unscheduled pit stop to play it safe, because not knowing whether the traction control and all the other systems can still work promptly end up in hospital.In back-to-back races, as are Spielberg and Brno next week, one must not afford injuries. After 28 laps it was enough for Stefan with all superfluous problems only for 19th place. Teammate Bautista remained although spared the like,
but he also remained as 16 any points. That Hector Barbera had a similar problem with the Dashboard is a small
consolation, he was even disqualified because he not fulfilled his ride-trough. 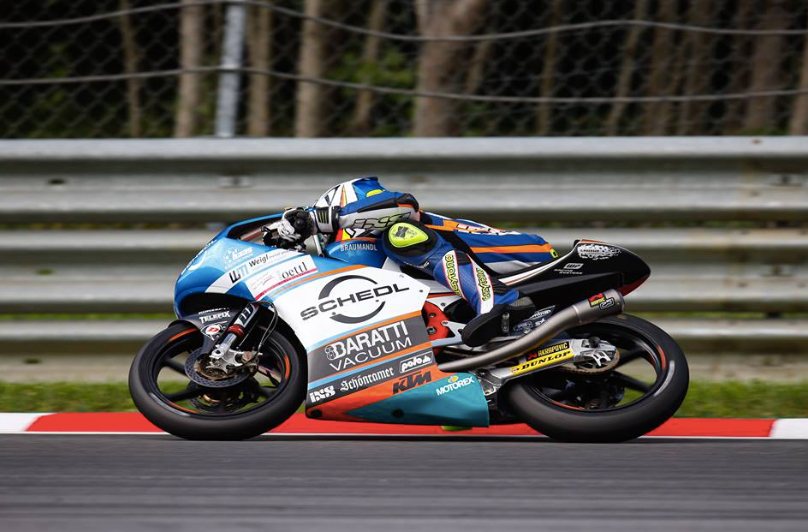 After long 19 years of Grand Prix circus returned to Austria, more Detail at the RedBull Ring at Spielberg in the beautiful Steiermark. For Phillip Öttl is due to close virtually a second home race. Philipp has in the whole
GP the shortest journey. During the summer break Philipp was not doing nothing, KTM gave him
a two-day test on the 4.3 km long runway. In the training Öttl coped well, from the moment he stayed in the top ten
and had to reconcile KTM no big problems. On Saturday was still being worked on turn-in and tried better rideability. The work paid off for the starting grid, Philipp could go from eighth in the race. With his assumption
before the race that it would be a tight, tough race, Philip was right. Öttl found a very good rhythm in the race, moved up from position nine accommodate space forward, could even catch up with the 4-member group at the top. On his ride he even rode the lap record of the race. Philipp could arriving at the leaders even put in the first place and
led the race twice. In the leading group was fought as usual hard but it all went to a fair.

Philip had a good chance of a podium finish as in Indianapolis in 2015, unfortunately he missed in the last round and in the last two corners the apex, so he could no longer optimal speed and so it remained a still very good fifth place!
Philip was very satisfied after the race and is looking forward to Brno next weekend!
<< < ... 3 4 5 6 7 ... > >>