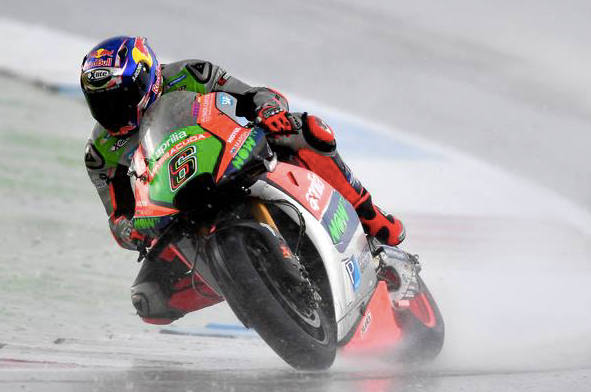 The race started as expected in the rain, but the question was, what mix
of rain tires should be mounted. For election was a soft compound and a
hard one. The problem with this question was how if and how quickly it
dries up?
Stefan played it safe and chose the soft wet tires. Crutchlow, Rossi and
Lorenzo chose the hard version.

Stefan started quite well, go forward, while the riders were passed with
the hard tires to the back. Bradl even went as 14 past Lorenzo, who was
even temporarily 16.Initially Stefan could stay tuned to the likes of
Pedrosa, but then got drier and drier conditions becoming problems with
the electronics.The traction control handle too much and regulated too
much though Stefan TC as far back turned as she could. But he just did
to acceleration, although the rain tires offered good grip at full leanangle.
After 1/3 of racedistance the rider came with the hard rain tires. Rossi
and Lorenzo went gradually back to their opponents over and rode
faster. Stefan was also snatched by Crutchlow, the first lay behind him.
Cal fly through the field against him, no one had a chance, his Honda
accelerated irresistible. Crutchlow ran over fist as the finish line, Stefan
rescued two more points than 14 finish. Teammate Bautista probably
had similar problems and came away empty.

Bradl is currently on the 16th place in the standings, the injury-related
Zero points Sachsenring cost him the 12th place, which he held until
then.
in 14 days it comes at Silverstone on, there may also be a flag to flag
race. We will see!
23.08.2016 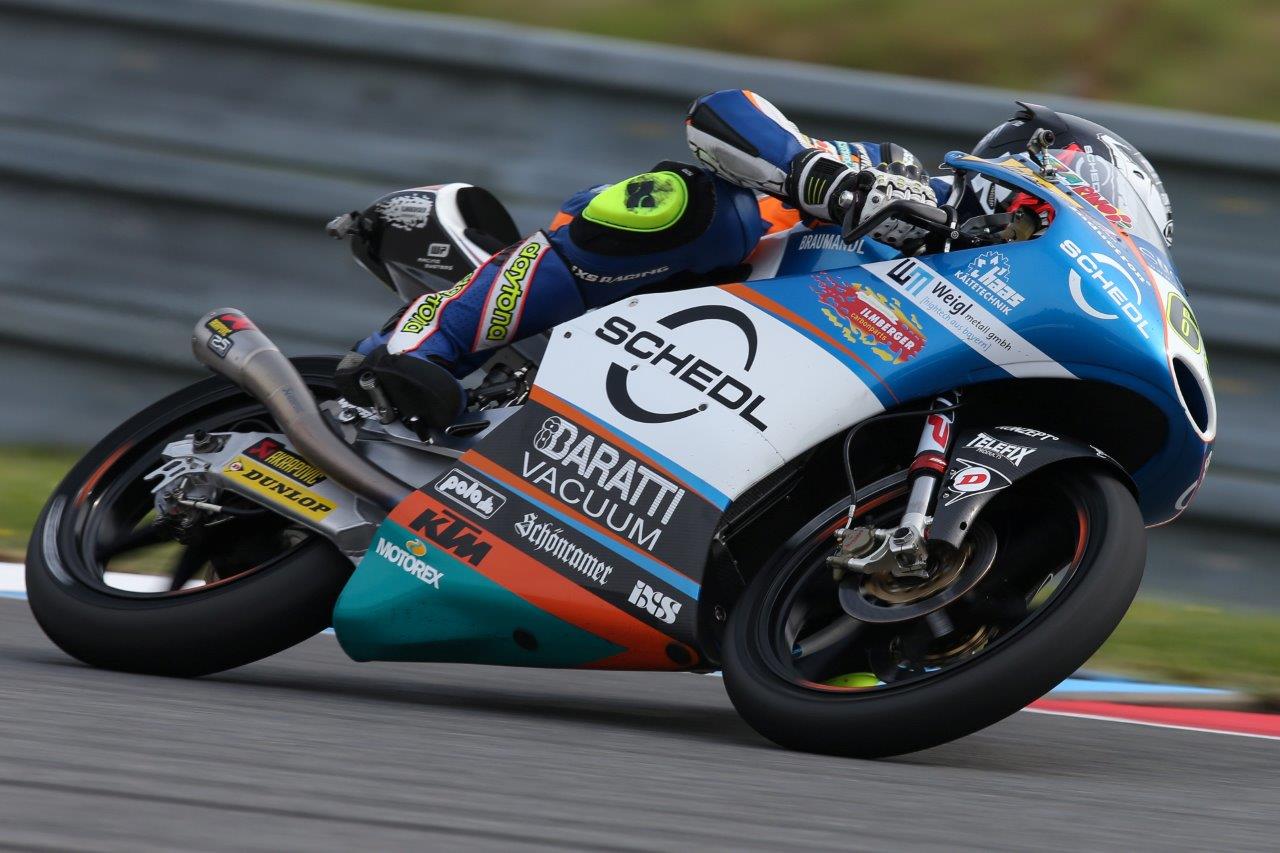 Kickback for Philipp Öttl in Brno
After the summer break, which ended at the Grand Prix of Austria in Zeltweg, the team is facing a tight schedule. Three World Cup races have to be completed in the next four weeks. From Steierark went on to the Czech Republic Grand Prix in Brno. The 5.4km course in 1987 and rebuilt with the exception of 1992 World Cup run was always there discharged.

After finishing fifth in Zeltweg, has improved by three places to rank 14 Philipp Öttl from team Schedl GP Racing in the standings. Just 0,6 seconds separated him from the winner. The lowest residue on the winners, since he is in the World Cup. In Brno he danced in the training a strong performance. On both days of training he Place to eighth place. During Friday and Saturday ruled perfect weather conditions, it rained heavily on Sunday morning.

The first lap ended the 20-year-old on the 16th Place. In front of him was already a gap of one second. But then Philip came with the wet conditions cope better and found a very good rhythm. He quickly caught up with strong lap times.
After he Sachsenring had problems with a misted visor already been revised his helmet for these difficult conditions. Nevertheless, he had from the eighth lap again problems with the vision. His lap times deteriorated back to more than two seconds, and he much up to place 22nd Many competitors went under slippery conditions errors and so the Ainringer could still enter with rank 15 a point. In the overall ranking he lost two places.

Philipp Öttl:"I am very disappointed with this race result. In these two wet races we lost many points. Just as I was able to
recover, started the vision problems. I had the opportunity yet to go far forward. The track was wet good grip and my feeling for was better in each round. "
17.08.2016

New parts for the BMW R Nine T ready!
We have increased our range for the BMW R9T significantly and our Show-Bike has been furhter revised! You can find all details here: BMW NineT
The first New Heritage Model from BMW gets more carbon parts! New releases in our range are the air channel cover, the windshild with a realy nice holder also carbon made, the tank cover and much more! Explore it here: